Andalucía is a land crafted by the colourful and majestic Moorish history of Spain. On this great train journey you will explore the four great cities of Seville, Granada, Cordoba and Malaga each with their own distinct offering of Moorish flavour combined with the flamboyance and passion of the Andaluz culture today.

Travel through stunning mountain scenery into each provincial capital to explore some of Europe's most precious historical treasures including Granada's Alhambra Palace, Cordoba's great mosque and the Royal Alcazar in Seville.

After you have settled into your hotel, take a short walk to the souk like streets of the Alcaiceria surrounding the cathedral. Here you can try the delicious array of tapas that Granada offers from broad beans cooked with ham; meat balls with almond and saffron, to crumbling slices of Manchego cheese and the best jamon serrano from the Alpujarran village of Trevelez.

The Alhambra Palace was short-listed to be one of the New Seven Wonders of The World. It is an absolutely stunning complex of palaces, summer gardens, fountains and courtyards which once seen is never forgotten and often revisited time and time again. Built during the reign of the pleasure loving califas, every view inside the complex is a picture of harmony and balance with natural light and the sound of running water creating the perfect environment for meditation and relaxation; which was the essence of Moorish life at this time. Your visit will include the entire complex including the gardens and inner Royal quarters of the Nazrid palace.

Later afternoon/ early evening is the best time to wander around the Albaicin; the medieval quarter of Granada which is now a UNESCO World Heritage Site. Winding your way up through the cascading streets, you will eventually reach the Plaza de San Nicolas where local flamenco artists gather to practise, overlooking the famous panoramic view of The Alhambra with the back-drop of the snow-capped Sierra Nevada.

Day Three - Transfer by train to Seville for 2 nights

The flamboyant Andalucían capital city of Seville combines its Moorish history with the legacy of the Spanish Golden Age when Columbus brought back immeasurable wealth from The Americas. The beautiful Arabic minaret "la Giralda" towers over one of the largest gothic cathedrals in the world and the colourful Plaza de España contrasts with the Mudejar palaces of the Royal Alcazar.

The white washed barrio Santa Cruz is the perfect spot for a long lazy lunch, as you shade under an orange tree in a tiny cobbled plaza.

For your first evening in Seville you will have a reservation at what is known as THE place to watch flamenco in the city. Unpretentious and authentic; it is where you can see the up and coming National stars who are studying the art of flamenco at the prestigious local school. The setting is also perfect; a traditional Andaluz patio on the edge of the barrio Santa Cruz.

This morning after breakfast, a local guide will give you a 2 hour walking tour of the city showing you the most famous historical sites plus many hidden gems that only the locals know. The guide's enthusiasm for their home town really brings the city to life and gives you an insight that the guide books never can.

After lunch you are free to further explore the city including a visit to the Alcazar and cathedral, climb to the top of La Giralda, take a boat trip up the Río Guadalquivir or relax in the shade of the Marie Louisa Park.

Day Five Transfer by train to Cordoba for 2 nights

In medieval times Cordoba was the most advanced city in the whole of Europe; a centre of culture and learning where Christians, Muslims and Jews lived together in a thriving society. Today it is a quieter Andalucían city with an austere atmosphere, quite different from the passion and flamboyance of Seville. The streets surrounding the Mezquita are filled with ancient bodegas and tapas bars and a glass of the local sherry-like Montilla is a must.

The great mosque was built to rival Mecca and is a building of incredible mystic powers. The first glimpse inside is a jaw dropping experience, the jaw then drops even further when you encounter a huge catholic cathedral almost hidden inside!

As you wander around the narrow maze of streets, lined with Geranium filled balconies and green shady plazas. There are many things to discover in the Juderia from original Moorish bath houses, to one of only three synagogues that survived the expulsion of The Jews from Spain.

Other places of interest include the Posada del Potro, mentioned in Cervantes' Don Quixote, the Museum of Fine Arts, the Alcazar (once home of The Spanish Inquisition) and numerous Roman remains.

Day Seven - Transfer by train to Malaga for 1 night

Malaga is a city often overlooked by visitors to Andalucía who never get to experience the heart of this truly Spanish city with a relaxed Mediterranean atmosphere. Tiny narrow streets lined with fresh fish restaurants and bodegas, lead off from wide palm lined avenues with their majestic buildings and designer stores. The Malageños say the best fresh fish of Andalucía is found in Malaga, the best wine of Andalucía is made in Malaga and the best fiesta of Andalucía is celebrated in Malaga; their pride for their city and priorities in life makes a stay here very pleasant.

Visit to The Picasso Museum

Picasso was born in Malaga and in the city you can visit the Picasso Museum (set in a beautiful building with stunning remains of the cities Phoenician walls on the lower floor) plus there is the house of his birth in the Plaza de la Merced which is towered over by the Moorish Alcazaba and close to the newly excavated Roman theatre. Malaga is also now home to the new Carmen Thyssen museum; a beautiful private collection set in a 16th century Baroque palace.

An evening stroll takes you along the seaside "paseo maritimo" where the air is filled with the aroma of skewered sardines "espetos" cooking on the open fires of the beach side "chiringuitos" and you can also visit the recently finished port area; an exceptional new development with dock-side restaurants, entertainment and a chance to walk alongside some of the super yachts and cruise liners that make a stop off in Malaga during their journey through The Mediterranean. 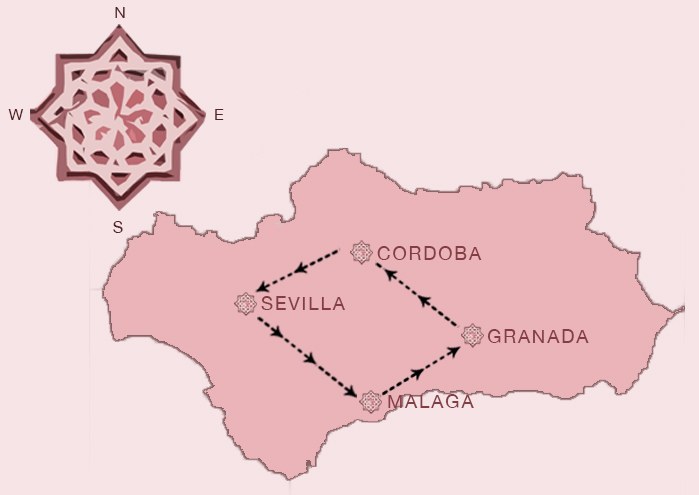 Have a guided tour of The Alhambra palace and/or enjoy a twilight walking tour of the Albaicin and gypsy barrio Sacromonte, with stunning views of the floodlit palace.

Let us book you dinner in one of our favourite restaurants of Granada where the food is great but the highlight is the floodlit view of the Alhambra from your table!

Have an exclusive private tour of the Carmen Thyssen Art Museum in Malaga, which shows off her personal collection inside a beautifully converted 16th Century baroque palace.

Experience a traditional Hammam bath in either Granada, Cordoba or Malaga with the cold, warm and hot pools, massages and other treatments to completely relax body and soul.

Have an extra night in between Cordoba and Malaga to visit Ronda; a stunning hilltop town which spans either side of the El Tajo gorge and has the oldest bullring in Spain where the modern fight on foot was invented. 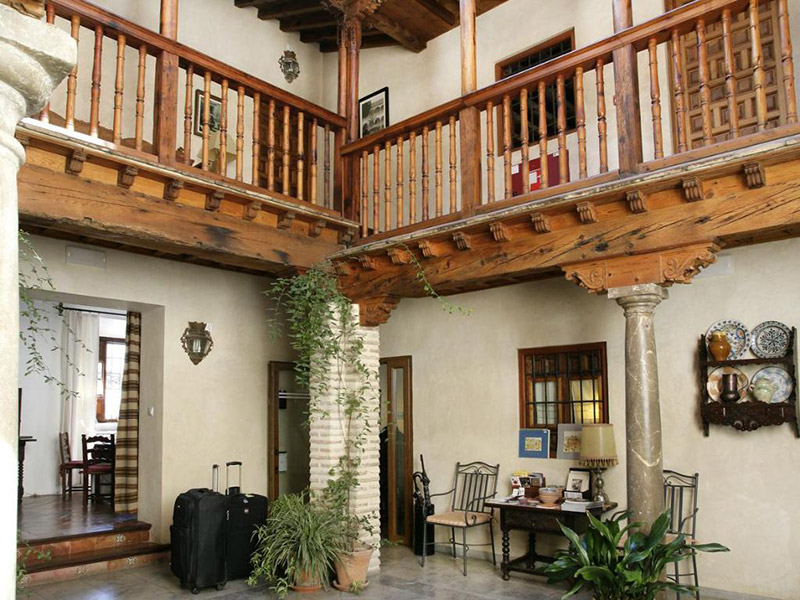 Your first hotel is a family owned, newly restored 16th Century house, situated in The Albaicin barrio of Granada, just below The Alhambra Palace... 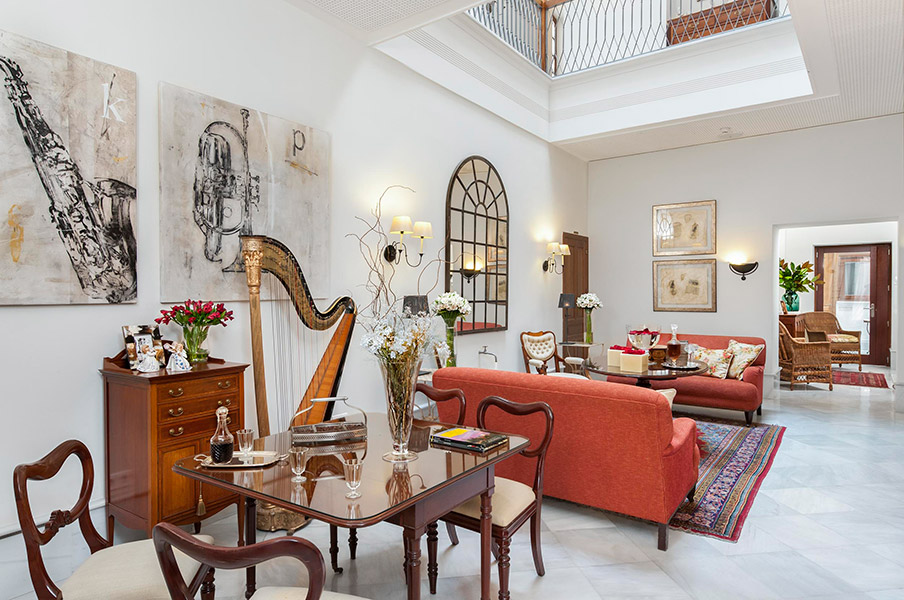 Located in the heart of Seville, this hotel is based around the theme of classical music where magic, comfort and hospitality combine. Adapted from a XVIII century... 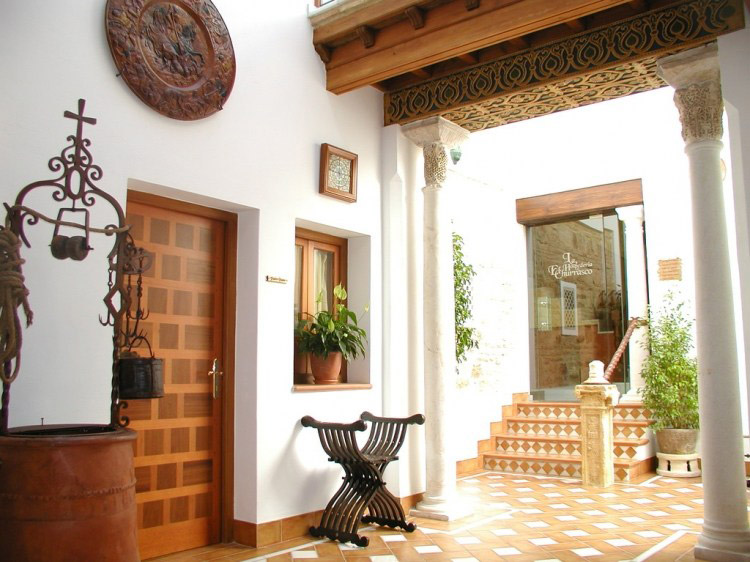 In Cordoba your base will be a lovely 9 bedroom hotel located in the heart of the Juderia, where the rooms are located within four beautiful protected houses... 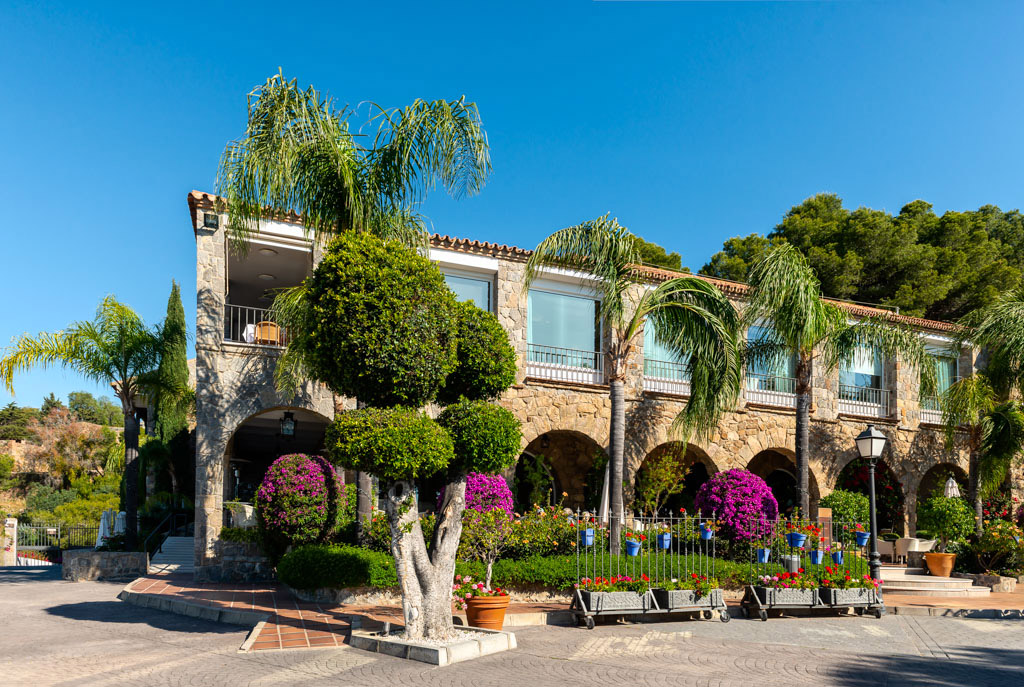 Located right next to the Gibralfaro castle, your last hotel in Andalucia has stunning views across the whole of the city of Malaga, its Port and right across the Mediterranean Sea… 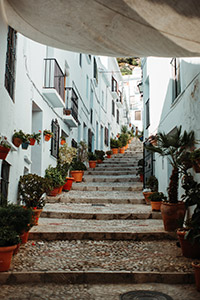 I took this tour with Lemon Valley in 2009 and simply had to come back and do it all again! The hotels chosen are excellent for both their amenities & locations. I love having all the bookings made for us, the hotels, trains, flamenco Alhambra & guided tours and yet at the same time being independent. Thank you for making the trip so memorable once again.

Just thought I'd let you know how much we enjoyed our holiday. All the arrangements you made for us worked out perfectly. We were very impressed by how easy it was to navigate the Spanish rail system and by the comfort and punctuality of the trains. The information booklet you prepared for us was really helpful and we were soon referring to it as "Nicola's bible". We ate at a number of the restaurants suggested in it and enjoyed the food in all of them. The guided walks also really added to the holiday experience. Thanks for creating such a stress-free holiday for us; we will be recommending you to our friends and family and we also hope to return before too long.

Hi Nicola,
I can't thank you enough for the arrangements you made for me.... if I was there I would hug you! Everything was completely thorough and above my expectations. The hotels were lovely, paper work organized beautifully and the guides were fun. Whenever someone asked about the type of travel I was doing I recommended your services highly. 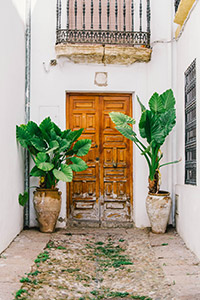 Thank you for such a fantastic holiday itinerary! From our arrival in Granada to our sad farewell in Malaga it was a truly magnificent experience. We cannot thank you enough for giving us such a fantastic experience with so many memorable highlights!! We will be "suggesting" to friends and family to take the Andalucian Experience with Lemon Valley. 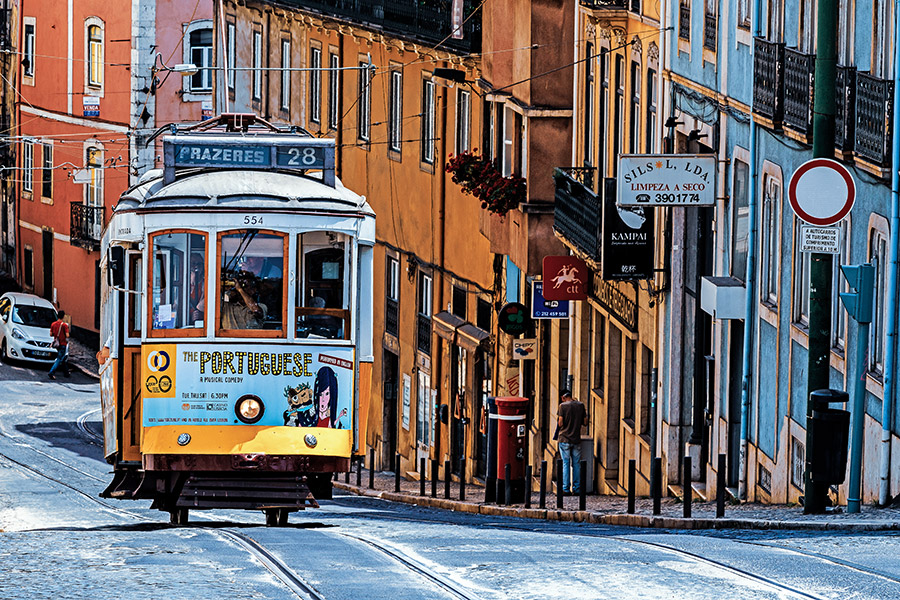 This romantic journey takes you effortlessly by train to the three main cities of Portugal to uncover the truth behind the age old Portuguese saying that “Lisbon shows off, whilst Porto works and Coimbra studies”… 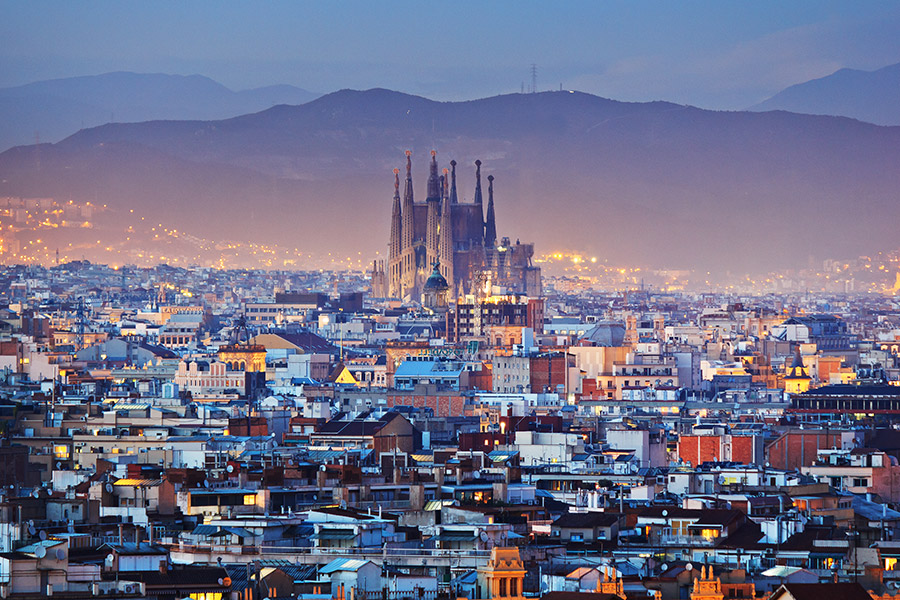 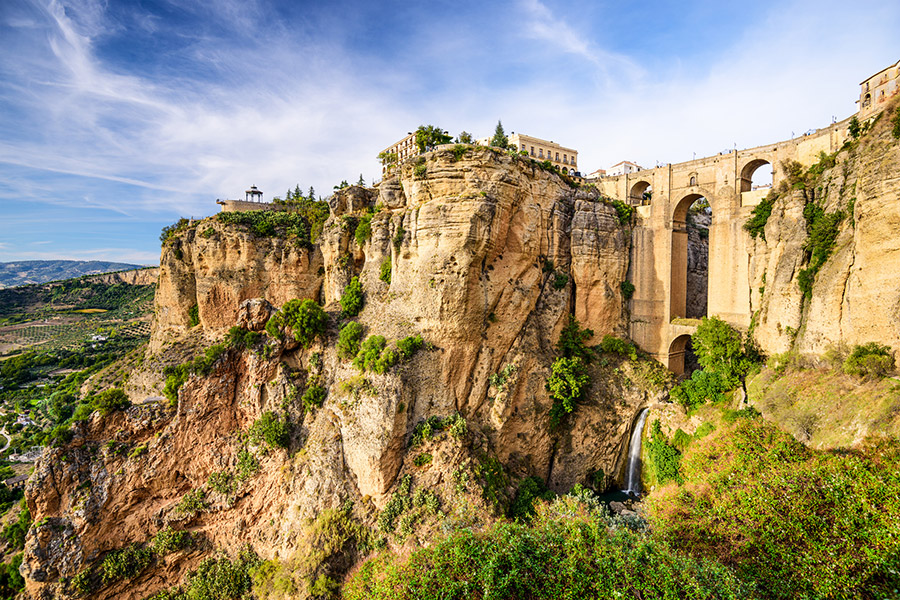 Self Drive Tour of Andalucia

This classic journey around Moorish Andalucía, visiting the great cities of Granada, Seville, Cordoba and Malaga plus the stunning hilltop town of Ronda helps you to discover the true heart of this ancient land…