From the cacophony of aromas, sights and sounds that is Fes, to the peace and tranquility of the blue mountain village of Chefchaouen; this tour of Northern Morocco makes a round trip from Tangier, just a short hop across The Strait of Gibraltar from Spain, staying in beautiful traditional riads with your own private driver and local guides; a perfect introduction to the magic and mystery of Morocco.

This holiday can start on any date you request (this tour is ideal to combine with travelling from/to Spain, crossing The Strait of Gibraltar by ferry) also there are flights in to Tangier, Fes or Rabat.

Tangier has a history and atmosphere all of its own which stems from it being an international territory for a good part of the 20th Century; attracting many artists and writers lured by the promise of a free, cosmopolitan society in the Arab world.

Its main highlights include the busy Medina, the Kasbah with the former palace of the Sultan and its two main squares the Socco Grande and the famous Place de France.

For your first evening the best idea is to head down to the Café Paris in the Place de France a legendary café where an eclectic mix of locals and expats gather late afternoon and early evening to simply watch and be watched. During World War 2 when Tangier was an “International Zone” the café was a central base for agents and spies who would meet in Tangier to swap information and make deals.

Before leaving Tangier you will have a quick trip in the car to see the wind swept Atlantic beaches and visit the caves at the most north-westerly point of Africa, then following the coastline South until you arrive to Rabat.

Rabat is the administrative capital of Morocco and generally undiscovered as a tourist destination. However those who visit find a gem of a city with refreshing colonial architecture, palm lined boulevards and a quiet medina with an authentic feel that leads down to the sea.

More laid-back with far less hustle than Fes and Marrakesh; Rabat has a picturesque Kasbah with magnificent ocean views and here you can also see the actual palace of the King of Morocco and the minaret tower of the world’s second most important and historical mosque.

On your journey from Rabat to Fes you will first come across another of the Imperial capitals, Meknes. The city was the creation of Morocco’s most tyrannical ruler Sultan Moulan Ismail; built with over 20 gates, 50 palaces and about 45km of exterior walls.

After a tour and lunch in Meknes you will continue on to the Roman ruins of Volubilis which are a striking sight, visible for miles from the various bends in the approach road. This was Rome’s most remote base and all imperial roads stopped here. The ruins are exceptionally well maintained and are a stunning example of a complete Roman city.

Finally reaching your destination of Fes; the most ancient of all the Imperial capitals and the most complete medieval city in the Arab world. It is the spiritual home of Morocco and exists suspended somewhere between the middle ages and the modern world with nearly a quarter on the cities inhabitants still living in the extraordinary Medina.

This morning your guide will escort you from your riad through the bustling medina of Fes. A twisting labyrinth of over 9000 tiny streets lined with ancient mosques with towering green-glazed minarets, universities, Islamic gardens, fountains and palaces.

The medina is a hive of activity where generations of artisans practice century old techniques within the busy modern market place.

This all can be overwhelming but with your guide you feel like a welcome guest as you chat with the loom ladies, take tea with the tailor and shake hands with the spice vendors.

After lunch and further exploration, this afternoon you could try the relaxing Hammam baths in your hotel and later sit drinking mint tea on the roof terrace listening to the haunting sound of the call to prayer over the rooftops of Fes at dusk.

Today you head up in to the mountains to spend a night in Chefchaouen, rapidly becoming the most intriguing town in Morocco which nestles between two peaks of The Rif mountain range. This quirky town is known for its striking chalk washed blue buildings, with a labyrinth of narrow alley ways and dead ends, with steep cobbled streets lined with leather workers and weavers workshops; smelling of spice, incense; fresh oranges and sometimes “hashish” (but don’t be fooled into thinking it’s legal!!)

The medina is small and compact so perfect for some exploring alone; be sure to visit the 15th Century Kasbah fortress and dungeons located in the main square “Place Outa el Hammam” which was built to defend the town from invading Spaniards and Portuguese from across The Strait. Also the Spanish Mosque that is abandoned and therefore OK for non-Muslims to enter – this is a 45 minute hike from the town, walking past rivers where the local woman still wash clothes and on a fine day you will be rewarded with stunning views.

One of the best things about Chefchaouen is that its intimate size lets you fully experience the local daily life of Morocco – of course it’s all there in the larger cities but harder to spot in the mayhem of everything else. Here It’s easy to bath with the locals in the town’s Hammam and join in with their ancient cleaning ritual and also watch the comings and goings of the communal bread ovens where it is often the children’s job to go and fetch the bread from the ancient, olive wood kilns. It’s pretty standard to not have an oven in a Moroccan home but even the most wealthy families will prefer the tradition and the taste of the communal ones. 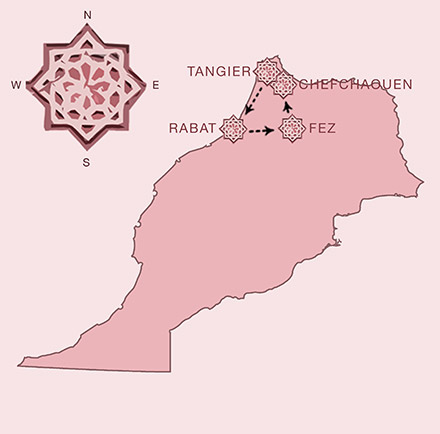 Add on the desert and Marrakesh for a more complete experience of Morocco or Southern Spain, to extend this trip across The Strait of Gibraltar to explore Andalucia.

Why not have a cookery class in Fes, visiting a local market to buy supplies and then cooking a selection of traditional dishes before sitting down to enjoy what you have made.

Stay a bit longer and take time to wander some of the fascinating and niche art galleries of Fes.

Visit a wing of the oldest library on earth, recently opened to the general public in Fes. The library houses a collection of 4000 rare books and ancient Arabic manuscripts including a 9th Century version of the Quran.

Visit the Hammam baths of Chefchaouen and join in the ancient bathing ritual with the locals.

Add a day to hike through The Riff moutains out from Chefchaouen. 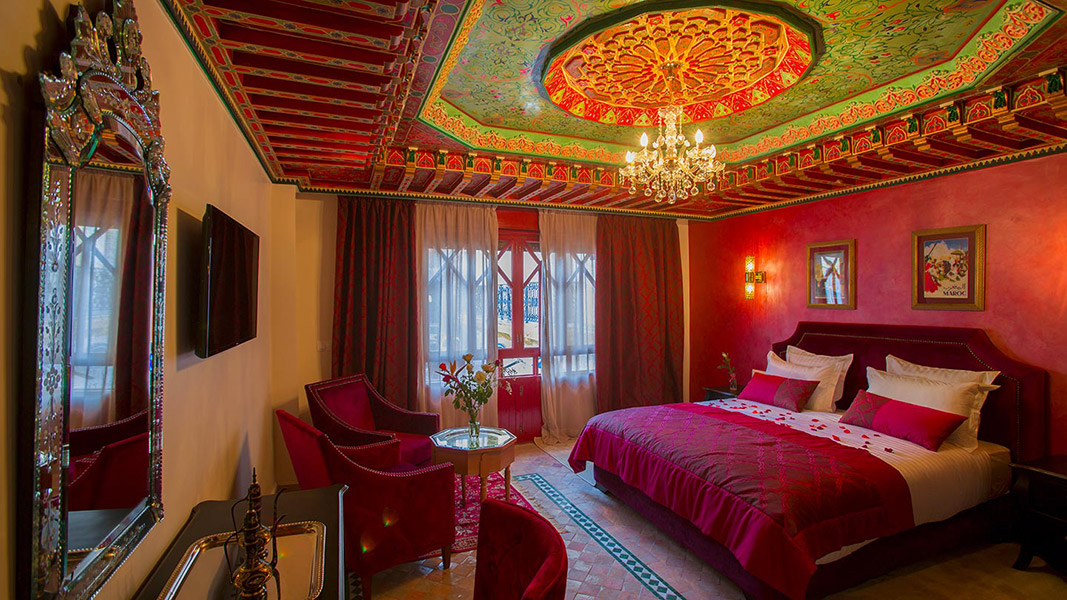 Situated in the Petite Socco, this beautiful, colorful guesthouse offers stunning views over the city and sea, the... 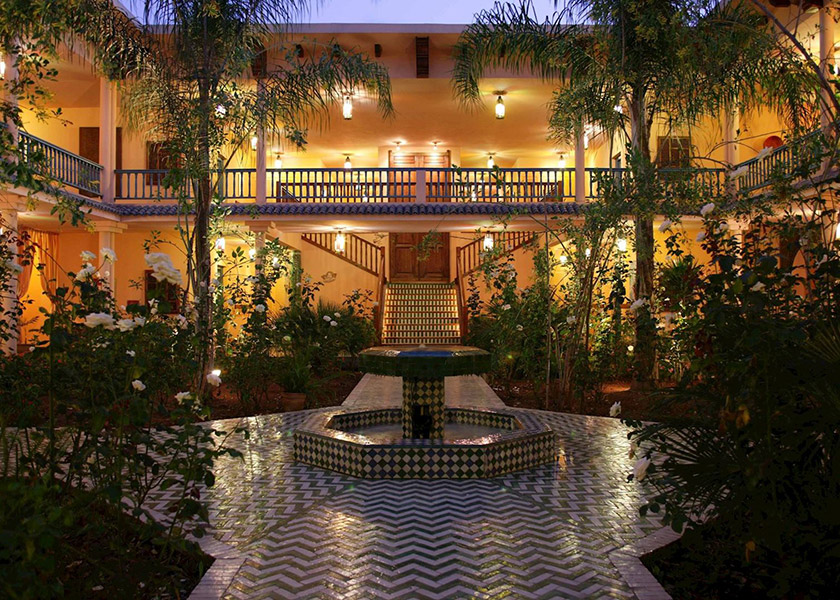 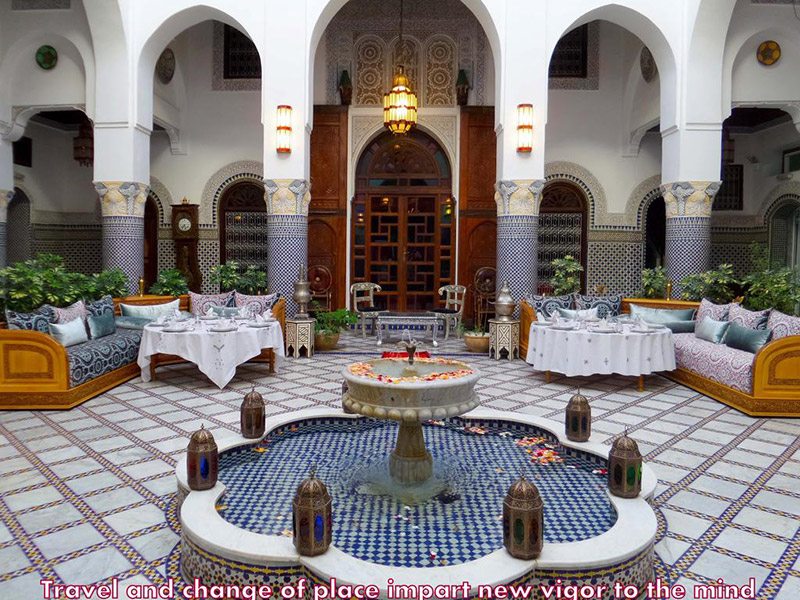 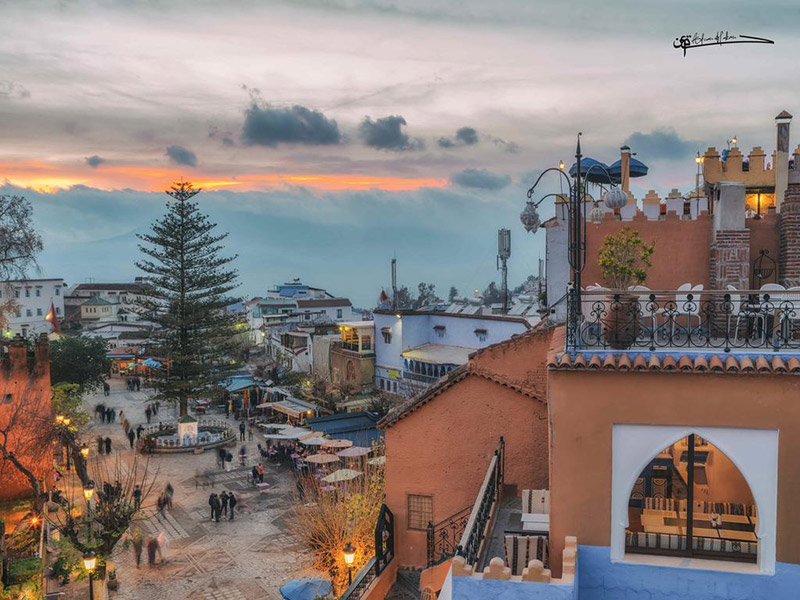 Your Riad is located in the heart of the medina, restored beautifully to offer comfort in a traditional setting. All rooms have...

* This is the approximate price per person for the forthcoming season based on two people sharing a standard double room. 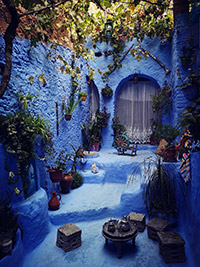 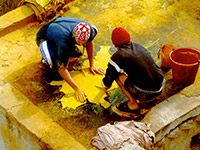 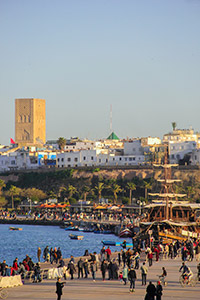 Nicola,
I don’t know how to thank you enough for what you did for me. My time in Andalucia and Morocco was probably the highlight of my life. All of your organization in terms of accommodation, travel arrangements and information was absolutely impeccable and made my time there so much more enjoyable. In Morocco the driver/guide was superb and I couldn’t have asked for someone better. 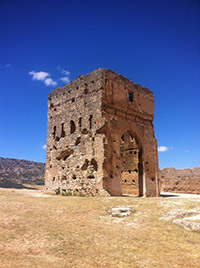 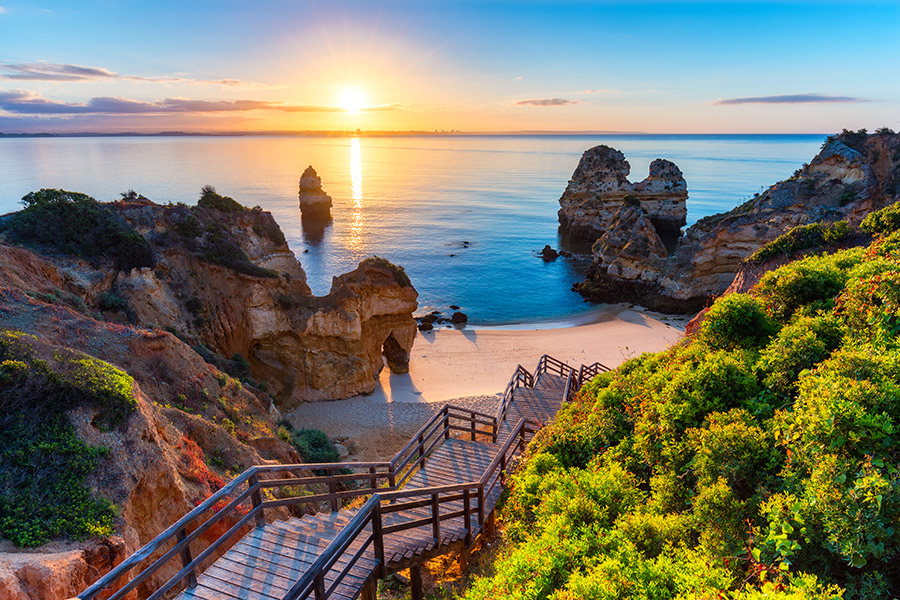 The Charming South of Portugal 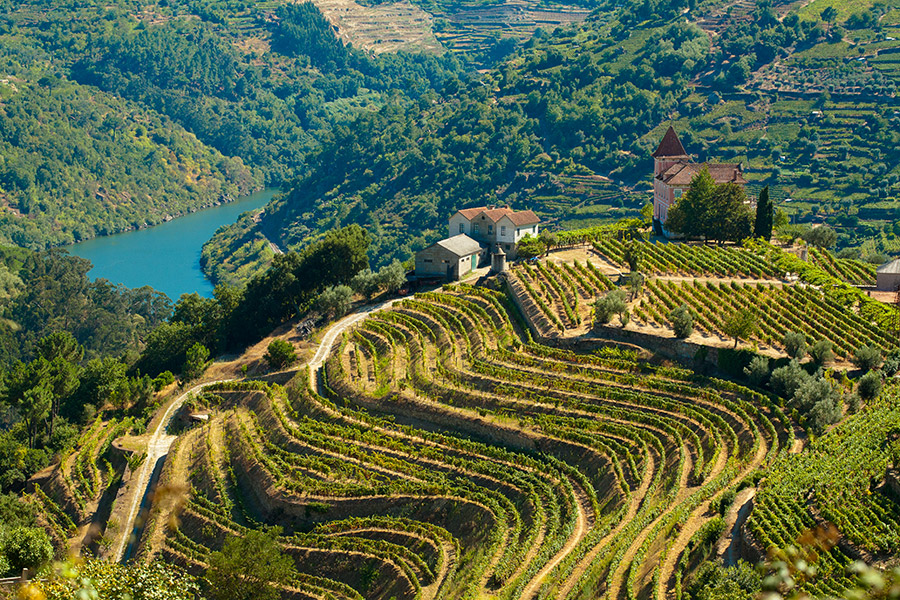 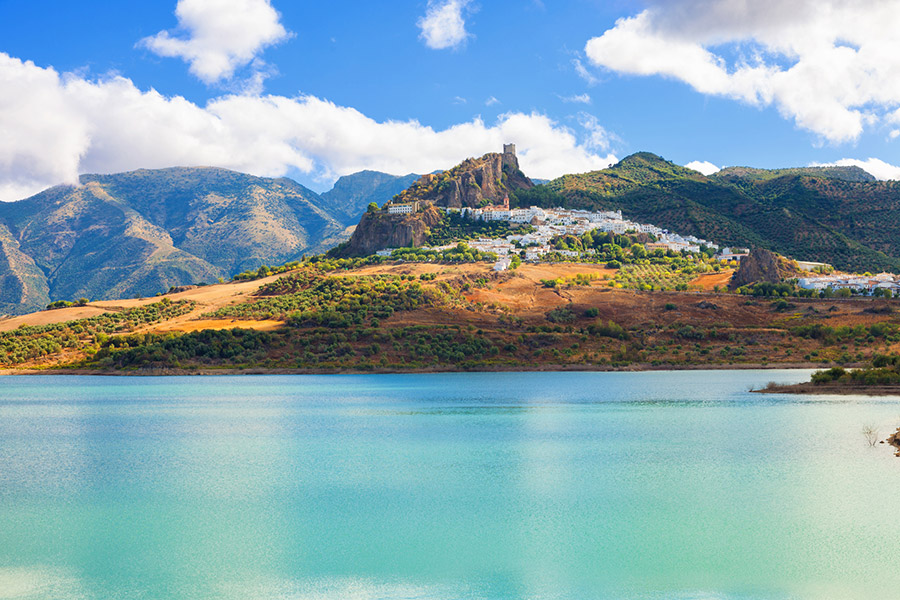 Self Drive Tour of Andaludia

This journey around Moorish Andalucía, visits the great cities of Granada, Seville and Cordoba plus a few relaxing days to immerse yourself in rural Spain staying in a stunning hilltop White village…